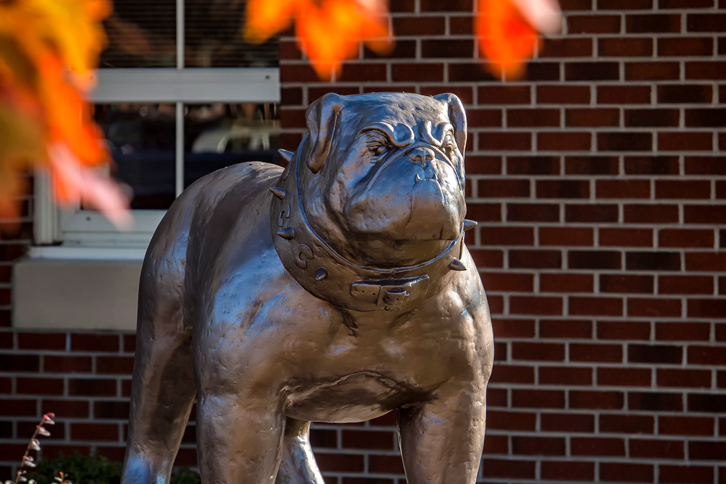 “We are thrilled with the response we’ve seen to the Bulldog Promise program and the opportunity to offer our inaugural class of scholars a tuition-free education,” said Brian Jones, PCC Assistant Vice President of Enrollment Services. “These 50 students have made great strides academically and deserve to be rewarded for their efforts. We expect this group of Bulldog Promise students to be the first of many.”

Jones said PCC established Bulldog Promise to give its Career and College Promise (CCP) participants an opportunity to finish the college education they started as high school students. Participation was limited to this year’s Pitt County high school graduates who completed at least 12 curriculum credits (or four curriculum courses) through the CCP program at Pitt with a 2.0 GPA or better.

“Bulldog Promise gives our CCP students a chance to save time and money on a college education,” Jones said. “While many of their peers are just getting started in higher education, our Bulldog Promise scholars will be preparing to complete a PCC credential that can lead to a four-year university or straight into the workforce.”

All five of PCC’s academic divisions are serving Bulldog Promise students this fall. The highest concentration of students (17) is enrolled in college transfer curricula. Fifteen students are taking programs within the Construction and Industrial Technology Division, including seven in the HVAC program, and another 11 are enrolled in Associate in General Education courses, completing requirements for admission to health sciences programs.

“PCC has many opportunities for Pitt County high school students to get an early start on a college degree, tuition-free, whether it’s through Career and College Promise or the PCC-Pitt County Schools Technical Academy,” Jones said. “We hope Bulldog Promise will offer additional incentive for more students to start their college careers at PCC in a dually-enrolled capacity and then complete what they started following high school graduation.”

For more information on Bulldog Promise, students can visit the “Bulldog Promise” page on the PCC website, or contact Jones at cbjones@email.pittcc.edu or (252) 493-7867.