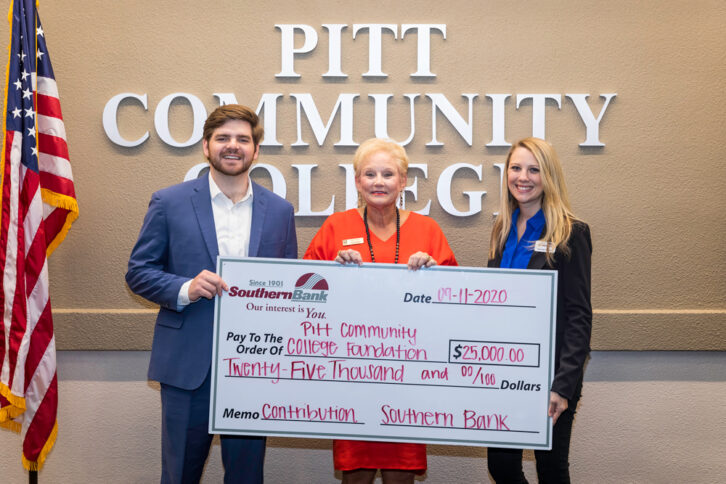 WINTERVILLE—Representatives from Southern Bank stopped by the Pitt Community College campus this month to present a check to the PCC Foundation in support of the college’s VISIONS Career Development and Scholarship Program.

Sigmon said contributions from Southern Bank and other donors helped the PCC Foundation successfully raise $1 million in 2019 to match a $2 million-offer from the Eddie and Jo Allison Smith Family Foundation. She said all of the money raised through the campaign goes toward the VISIONS program, which began in 2004 and has helped more than 1,000 Pitt County high school students receive the guidance and support they needed to complete high school and move into higher education and/or the workplace.