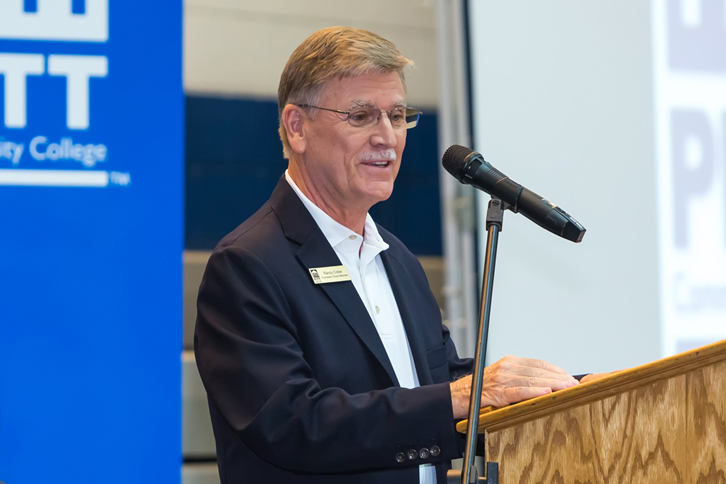 WINTERVILLE—After closing out 2019 on a high note, the Pitt Community College Foundation found its fundraising momentum cut short in 2020 with the emergence of the coronavirus pandemic.

On Wednesday, foundation officials announced they were in the process of reorganizing the Down East Holiday Show, the charitable organization’s largest annual fundraiser. PCC Event Coordinator Erin Greenleaf said after careful consideration, the foundation canceled plans for an in-person show this fall and will hold it virtually, instead.

“It was a difficult decision – because we truly enjoy interacting with our vendors, sponsors, volunteers and shoppers each November – but it was the best and most responsible option we had available,” Greenleaf said. “We hope the community will support all of our fabulous vendors and deserving students through the virtual event Nov. 7-8.”

It’s the second time in five months the PCC Foundation has been forced to completely reorganize a major fundraising event due to COVID-19. The first was in March, when the organization overhauled its spring scholarship auction just two months after announcing it had successfully raised more than $1 million to match a $2 million-pledge from the Eddie & Jo Allison Smith Family Foundation in support of PCC’s VISIONS program.

During convocation Aug. 12, PCC Foundation Board Chairman Randy Collier told Pitt employees the foundation still managed to raise $29,000 through its spring auction after having to shift it entirely online at the last minute. He’s hoping the revamped Holiday Show will experience similar success.

“We raised $140,000 through last year’s event,” Collier said. “The Holiday Show is our largest fundraiser each year, so I can’t stress enough just how important it is that the changes we make to the 2020 event are successful.”

“As remarkable as that employee total was, we’re hoping to surpass it this year,” Collier said. “The 2020 Employee Annual Fund Campaign begins this month and will continue through the month of September. Our goal is to reach $100,000 in employee giving. Imagine the impact it would have on the lives of our students if we can make that happen.”

In addition to its usual fundraising ventures, Collier said the PCC Foundation is in the midst of a capital campaign to generate revenue for construction of the Eddie & Jo Allison Smith Center for Student Advancement. The college held a groundbreaking ceremony for the 34,000-square-foot building in July 2019, but the project has been at a standstill ever since.

“We broke ground at the site of that facility last year and have been working with state construction officials to get the building process underway,” Collier said. “Though rising construction costs have slowed progress on this important project, the PCC Foundation will continue working on the capital campaign, and I feel confident people will see dirt moving at the corner of Reedy Branch Road and Warren Drive pretty soon.”

During his convocation remarks, Collier assured PCC employees that despite the obstacles the coronavirus has presented, the foundation would continue developing partnerships and securing resources that foster college and student success.

“Now, more than ever before, the PCC Foundation is implementing protocols and making strides to give donors assurance that their contributions to PCC scholarships, educational activities and capital projects are good investments,” he said.