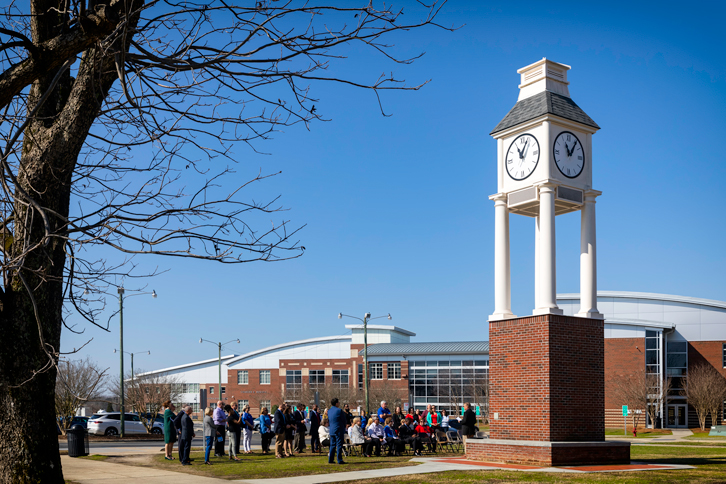 The 35-foot tower, which represents the college’s strength and continued growth as a vital educational institution in the community, was purchased by the PCC Foundation through funding the organization received from the Warren Estate. Ed Warren, a former state senator and PCC employee, and his wife, Joan, a former PCC trustee, were longtime supporters of the college before passing away in 2003 and 2002, respectively.

Located near the geographical center of campus, the brick tower was lifted into place outside of the Ed and Joan Warren Building on Feb. 20, 2015 and completed approximately one month later. It features a four-sided clock and carillons that can be heard throughout campus.

A patio surrounding the tower’s base is comprised of bricks that can be customized with names and/or words of encouragement as part of an ongoing PCC Alumni Association fundraiser. Members of the community can purchase customized bricks ($75 each or $100 for two) to honor friends and family members by calling (252) 493-7229. Each brick has enough space for three lines (20 characters each) of engraving.