Foundation’s ‘Accelerating the Future’ Event Brings in More Than $40,000 for Scholarships 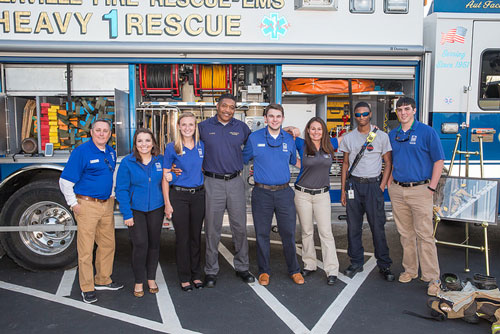 According to PCC Event Specialist Erin Greenleaf, the 2016 version of “Accelerating the Future” took place March 18 and raised $40,657 for the PCC Foundation. She said last year’s inaugural event netted $38,728.

“Any time we can get the general public on campus and make new friends for PCC, it is a success,” Greenleaf said. “It is not always about the dollar amount raised.”

“By highlighting eight different academic departments, our hope was to bring awareness to the wealth of learning possibilities offered at Pitt Community College,” Greenleaf said. “We love sharing our campus with the community. It’s a chance for our supporters to see how their contributions to the PCC Foundation have helped the college grow and do great things to develop a skilled local workforce.”

“We appreciate our ‘Accelerating the Future’ sponsors and the many friends of the college who participated in it to support the success of our students,” said Susan Nobles, who serves as vice president of PCC’s Institutional Advancement Division and executive director of the PCC Foundation. “We were especially pleased that our guests had an opportunity to see some of our students’ work from our Construction and Industrial Technology, Fine Arts and Public Safety programs.”